So, not-so-little-anymore sister will be getting married next year. (Cue relatives eyes lighting up at the thought of someone in that weird branch of the family doing something vaguely normal that they can talk about. Bless.) And NSLA-sis, in a fit of obvious insanity, has decided she wants me as a bridesmaid. (Guh?) In a proper dress. (Eep!) A purple one. (Oh, well, in that case… alas, my suggestion of all the bridesmaids dyeing their hair purple was nixed, however artful streaks of purple have been tentatively approved.)

Not just any old bridesmaid though, I’m to be Head Bridesmaid. (Which does make me have visions of it being more of a Head Cheerleader thing and do you think anyone would mind me doing a triple back-handspring down the aisle? Not that I could actually *do* a triple back-handspring, and where would you put the pom-poms?) But I digress. Having been given such a very responsible position, I got to thinking, just what in blazes is a Head Bridesmaid supposed to do? Frantic googling naturally ensued.

In Ancient Greece the bridesmaids were there to protect the bride from any forces of evil that might lurk in her path. Thusly, bridesmaids must be just a bit kick-ass as they’re the last line of defence between the bride and whatever Eeeeeeeevil is foolish enough to have a go. As an over-protective big sister I can definitely do that. (Goes to check the kitchen for suitable concealable weaponry, nods in satisfaction at findings. They. Will. Not. Pass.)

Legend also has it that the bridesmaids were there to confuse and distract any evil spirits who wanted to ruin the marriage. This tradition can be seen in old Roman law which stipulated that there had to be ten witnesses to the wedding – five men and five women – with the women dressing like the bride and the men like the groom. This was meant to perplex the spirits as to who, exactly, was getting married and so protect the happy couple from unwanted otherworldly attentions. Hopefully the one officiating the marriage wouldn’t be taken in by the subterfuge otherwise hijinx could very well ensue…

The Anglo-Saxons were a bit more traditional with their protection detail – in their version of events, it was the groomsmen who protected the bride from attack by the groom’s rivals/rejected suitors, as it was thought the groomsmen were better able to fight off any attacker who may want to kidnap the bride. (Obviously the Anglo Saxons hadn’t met the women of my family – potential kidnappers would not stand a chance…) While the boys were off having fun with a bit of pre-wedding hack and slash, the bridesmaids were relegated to leading the bridegroom to church. (Wave a cup of tea in front of him. Job done!)

But bridesmaids aren’t just there to play bodyguard, oh no. They’re also there to give the groom merry hell and make him prove his worthiness before he can even think of getting near the bride. The Ancient Chinese had a tradition of wedding games to help ease the tension between the happy couple and their families and one of these games was the wedding door game. This is where the bridesmaids come in to play as it was their task to block the groom from the bride’s door and set him challenges in order to prove his love for his intended. (Now, do we use one of the four different versions of Trivial Pursuit we have or send him off to find the thirteen treasures of Britain? Is throwing a dragon at him too much? How about a riddle game?)

So the evidence suggests that my bridesmaidly duty, as set out by the ancients, is to harass the groom until he’s proven his mettle, drag him to the altar for the ritual sacrifice… er, nuptials … while fending off Team Evil in a posh purple frock. Sounds like fun. :-) 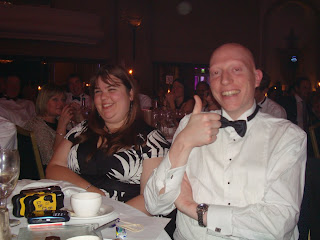